Plant a tree in memory of Harold
An environmentally-friendly option 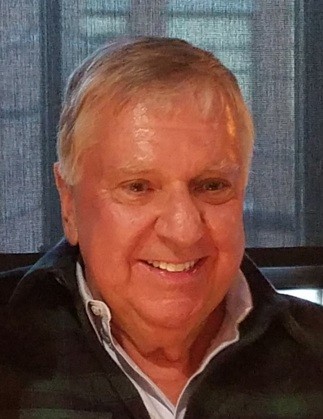 Harold Paul (Harry) Tomasian died July 7,2021, peacefully at his home in Gilmanton, NH. He was born on February 28, 1943 in Nashua, NH, where he was raised, and educated in the Nashua School System. Harry continued his education at Dean Junior College and completed his business degree at the University of Bridgeport.

Harold was the son of the late Vosken and Carrie (Donabedian) Tomasian and predeceased by his sister  Dorothy Tomasian. Harry is survived by his brother James A. Tomasian also of Gilmanton, a godson, Timothy Tomasian of Las Vegas, NV., and many cousins.

Harry began his love for sales and business while working with his father and Uncle Archie at the Little Shoe Store in Nashua. He went on to begin his career in real estate as Tomasian Realty in the local area. Later Mr. Tomasian moved to Las Vegas where he and his associates established BLT Realty and Acquisitions which continued for the next 20 years until he retired to New Hampshire.

Harry enjoyed the sport of deer hunting from Montana to New Hampshire and playing golf from Vegas to Florida where he spent the winter.   He was most happy among his family and friends talking about the best places to purchase land, the best places to hunt, and the best shoes to buy. He would continue with where to find the best restaurants and especially how to prepare Armenian Cuisine. In these social gatherings he would reminisce on events in his life which were often humorous and entertaining.

Plant a tree in memory of Harold by clicking here.
To send flowers to Harold's family, please visit our floral store.

A service summary is not available

Plant a tree in memory of Harold
An environmentally-friendly option

Plant a tree in memory of Harold

7 trees planted in memory of Harold

There are 2 photos available in the gallery

Rest In Peace Harry. He was one of a kind. His positive outlook and zest for life was something to be admired. We will cherish the time we spent with you.

Jimmy, so sorry to hear of your dear brother Harold passing. Rest in peace .
From the entire Guthrie family

A great guy and friend. We all really enjoyed playing golf with Harry at "The Links" golf course in Naples. He will be missed. R.I.P. my friend.

Plant a tree in memory of Harold