Share a memory
Obituary & Services
Tribute Wall
Read more about the life story of Lorraine and share your memory.

Lorraine M. Coulombe, 85, died peacefully at the Community Hospice House in Merrimack on Monday, January 23, 2023 surrounded by her loving family. She was the beloved wife of the late Roger Jean Coulombe with whom she shared 23 years of marriage prior to his passing on August 27, 1986.

Lorraine was born in Nashua, New Hampshire on June 28, 1937 and was the daughter of the late Ernest and Blanche (Arbour) Marquis. She received her education in the Nashua School System.

For many years, she worked for Sprague Electric until her retirement.

In her younger years, Lorraine enjoyed camping with her family and loved to crochet. She also was an avid bird watcher and had many bird feeders at home where she would spend time relaxing and tending to her feeders. Above all, her most cherished time was spent with her family who she loved deeply.

Lorraine is survived by her four children, Jean Coulombe and his wife Linda of Milford, Steven Coulombe and his wife Denise of Nashua, Lorrie Petrain and her husband Randy of Nashua, and Dawn Santeufemio and Jesse Plourde of Nashua; her five grandchildren, Alyssa Coulombe, Stephanie Coulombe, Jessica Merrill and her wife Stephanie, Jesse Santeufemio, and Caleb Plourde; as well as several nieces and nephews.

In addition to her husband and parents, she was predeceased by her grandson, Keegan Coulombe; her sisters, Rita Bouchard, Lucille Willette, Pauline Caron, Annette Haverfield, Theresa Blier, and Beatrice Tyler; as well as her brothers, Ralph and Albert Marquis and two brothers that passed at infancy.

At Lorraine’s request all services will be held privately. She will be interred in St. Louis Cemetery, Nashua. Arrangements entrusted to the care of ROCHETTE FUNERAL HOME AND CREMATION SERVICES, 21 Kinsley Street, Nashua.

To send flowers to the family or plant a tree in memory of Lorraine M. Coulombe, please visit our floral store. 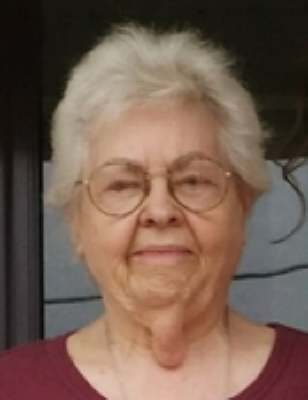 You can still show your support by sending flowers directly to the family, or by planting a memorial tree in the memory of Lorraine M. Coulombe
SHARE OBITUARY
© 2023 Rochette Funeral Home & Cremation Services. All Rights Reserved. Funeral Home website by CFS & TA | Terms of Use | Privacy Policy | Accessibility