Share a memory
Obituary & Services
Tribute Wall
Read more about the life story of Robert and share your memory.

Robert Paul “Bob” Lefebvre, 78, died at his home on Monday, January 9, 2023. He was the beloved husband of the late Margaret (St. Cyr) Lefebvre with whom he shared 29 years of marriage prior to her passing in 2001.

Most recently, he was employed doing custodial duties at the American Legion Post #3 in Nashua.

In his free time, Bob was an avid fisherman. He thoroughly enjoyed all types of fishing but he was the happiest while he was deep sea fishing. He also enjoyed playing Bingo at the VFW hall in Hudson.

He is survived by his children, Lisa Fredette and her husband Mark, Michael Trembly, and Maurice St. Cyr; his granddaughter, Jessica Lefebvre; his grandsons, Gerard and Kasey Fredette; and his great-grandson, Joseph Lefebvre.

In addition to his wife, Margaret, he was predeceased by his daughter Melissa Lefebvre.

At the request of Bob’s family, a celebration of life will be held at a later date.

To send flowers to the family or plant a tree in memory of Robert P. "Bob" Lefebvre, please visit our floral store. 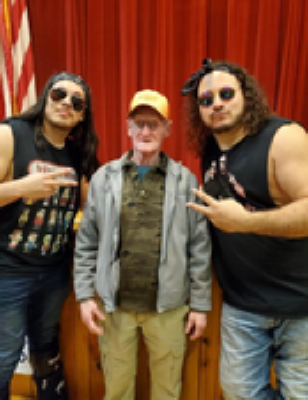 You can still show your support by sending flowers directly to the family, or by planting a memorial tree in the memory of Robert P. "Bob" Lefebvre
SHARE OBITUARY
© 2023 Rochette Funeral Home & Cremation Services. All Rights Reserved. Funeral Home website by CFS & TA | Terms of Use | Privacy Policy | Accessibility