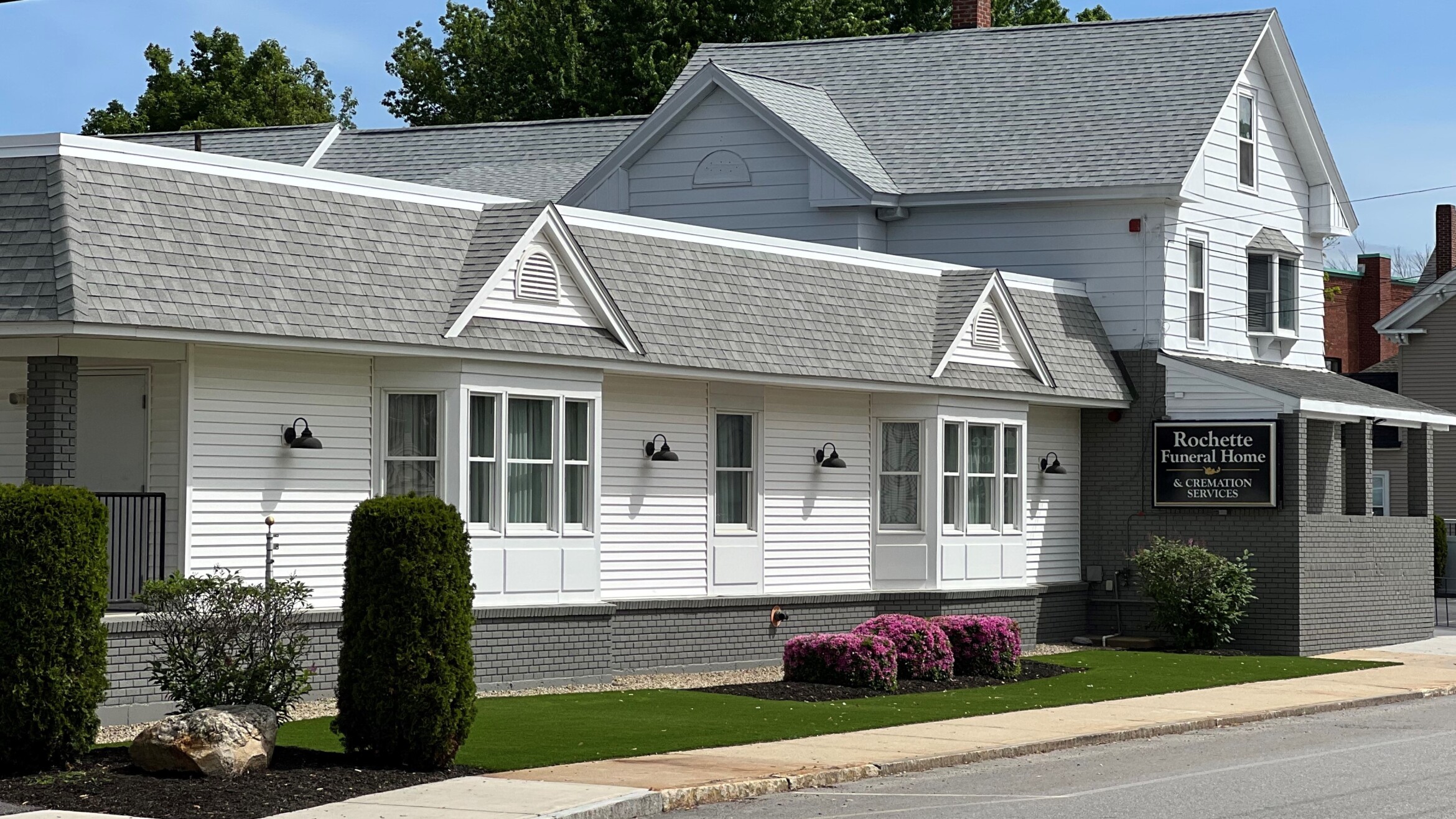 Established in 1926 by the late Pete Anctil, the Anctil Funeral Home operated on the corner of Vine and Kinsley Streets until 1952. In 1952 Fernand Desjardins purchased the funeral home from Mr. Anctil and moved it to its present location at 21 Kinsley Street.

In 1991 Paul’s son Eric joined the staff and that following year the name was changed to what was referred to as the Anctil-Rochette & Son Funeral Home, Inc.

In September of 2014, Eric finalized the purchase of the funeral home from his father, Paul. Eric's wife, Deanna, joined the family business in 2018 as the Business Manager and became a co-owner with Eric in May of 2019.

With the evolution into the next generation of the Rochette family, we are proudly now the Rochette Funeral Home & Cremation Services.

Our staff continues to provide each family with the utmost care and compassion. The funeral home remains a family owned and operated business within the community. One item that has remained constant is our continued commitment to meeting the changing needs of the families we serve.

About Us
Our Staff
Our Facility
Services
Testimonials
Contact Us

A year of daily grief support

Our support in your time of need does not end after the funeral services.  Enter your email below to receive a grief support message from us each day for a year.  You can unsubscribe at any time.